Beyond Prophecies: A critique of “news news’ retrospective: is online news reaching its potential?1 min read

Resumo:
From April 27 to 29, 1995, the Poynter Institute organized a seminar with specialists in the ﬁ eld to discuss the future of digital journalism. After a decade had passed since that seminar, Professor Nora Paul wrote an article for the Online Journalism Review in which she commented on the predictions made when digital journalism was barely starting to try out production models adapted to the world of the networks. In this joint article by members of the Online Journalism Research Group (GJOL)1, we intend to establish a dialogue with Professor Paul’s text, contributing new elements to the analysis of this phenomenon that, from our viewpoint, should be considered as a complex of continuities, ruptures and potentialities with respect to the conventional model of journalistic practice. Our text is especially centered on three topics that merit comments and criticism in Paul’s text: 1) the absence of an explicit methodological reference; 2) the biased evaluation centered only on part of the American production; 3) the very limited approach in dealing with the peculiarities of the new practice. 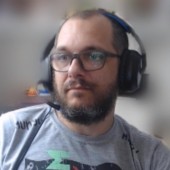